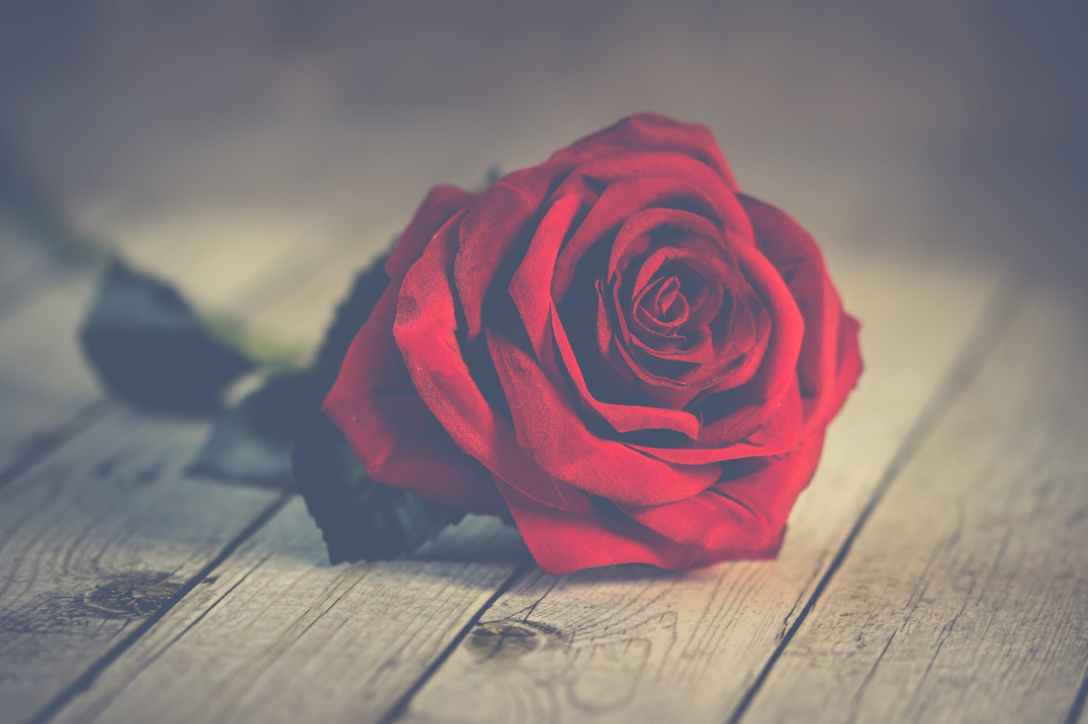 Today is February 14 — the day history tells us St. Valentine was martyred. It also marks 51 days since retail stores were stocked with heart-shaped boxes of chocolate, shiny red balloons, innumerable stuffed animals, and enough Hallmark cards to provide kitschy reading material for even the longest winter. Of course, since St. Valentine is the patron saint of lovers, such commemoration makes sense — sort of.

As the legend goes, Valentine was a Christian priest in Rome under Claudius II. When Claudius outlawed marriage as an incentive for men to join the military, Valentine continued to perform weddings in secret — a defiance for which he was beheaded on this day around 270 AD.

In 496, Pope Galasius instituted Valentine’s feast day, some suggest as a replacement for the pagan fertility festival Lupercalia, which was celebrated February 15. In 1969, the Roman Catholic church removed the holiday from their liturgical calendar out of concern the saint may not have actually existed — a concern C.C. Pecknold calls “dubious”, explaining:

Since a basilica was built over his tomb just seventy-five years after his death by Pope Julius, and relics from his body were spread throughout the Roman Empire, the evidence of his existence seems manifest to me.

We are all now aware of the way in which vulnerable people have been and are being sexually exploited on a grand scale. What was until recently behind a screen has increasingly come to light. We wring our hands and wonder what we can do, as our children and grandchildren are exposed to graphic pornography, tricked into “sexting,” and encouraged to regard as “normal” various practices that most of my generation had never even heard of. (394-395)

Indeed, this year #valentinesday was banned on Instagram due to obscenity associated with the hashtag. The solution, according to Wright,  begins with “clear reaffirmation of the early Christian teaching” (396). It will require repentance, which Wright notes “doesn’t just mean feeling sorry […] but an active turning away from idols one had been worshipping.”

Part of this repentance must include a rediscovery of rightly ordered romantic (or sexual) love, a topic J. Budziszewski turns to in Chapter 4 of The Meaning of Sex. Budziszewski lists what he calls eight “moments” of love and their parodies. Working through the list is beyond the scope of this article, but a theme that emerges throughout the chapter is humility — toward God and the beloved.

One of these moments, Budziszewski quotes Dante to title: “Behold a god more powerful than I” (80). The use of “god” here is a poetic recognition that love is indeed a master: “The lover is no longer his own center, his own circumference, the only being whose good he must consult. There is Another.” Budziszewski writes:

We might hold that the immortal God is love, and that mortal love is his image; this thought runs like a golden thread through all of Dante’s work. But instead we might hold that mortal love itself is God, and Dante wants us to understand that the temptation to such idolatry is inherent in all love. The soul who is ruled by love sacrifices himself for the true good of the beloved. That is not idolatry. But suppose he goes on to worship her. Is he still serving her true good? No, because it is no mortal good to be worshipped; it harms her. But if his worship harms her, then it is no longer loving at all. We might debate how common it is for someone to worship the beloved herself. But it is not at all unusual for him to worship his own state of adoration — and that is not true love either. (81, emphasis added)

What is secular Valentine’s Day if not the feast day of such idolatry? Does our culture not take the feeling of love and “fashion her into a sweet long legged icon?”¹ We worship our own states of adoration — or, if we are single, bemoan the lack of such enchantment in our lives.

Real romantic love, on the contrary, is realized not so much in feelings as in choices and promises. Budziszewski explains,

The natural habitat of romantic love isn’t the fly-me-to-the-moon escapade, but the humdrum matrimony. So far is the married state from putting an end to romantic love that for many people, the first experience of it comes only after they have been married a long time and are well-practiced in charity. (78)

For love to become itself, it needs marriage and the humility marriage entails. Christian marriage has always been about more than just the man and the woman. It is a picture of Christ and his church, an echo in creation of God’s own love.

It is this sort of love for which St. Valentine died. Subordinated to God, Aphrodite becomes not a tyrant but, as C.S. Lewis conceived of her, Perelandra, a small-g goddess who brings fertility — new life — in this dying world, who unlocks love for those who are willing. In the final pages of Lewis’ That Hideous Strength, when Mark returns to his wife, Jane,  he is welcomed by a “great lady standing by a doorway in a wall.”

It was not Jane, not like Jane. It was larger, almost gigantic. It was not human, though it was like a woman divinely tall, part naked, part wrapped in a flame-coloured robe. Light came from it. The face was enigmatic, ruthless he thought, inhumanly beautiful. It was opening the door for him. He did not dare disobey. (380)

Godly love ought not to be disobeyed. To defy it is to defy the great Lover himself. I wonder at the coincidence that we denied the historical Valentine during the height of the sexual revolution — despite evidence that he did live. We need to recover St. Valentine — man or canonical myth. We need his dedication not to romantic fancy but to marriage. Without it, we risk the tyranny of Aphrodite, with our Valentine’s Day becoming ever more like the old Lupercalia — only today we lack even the latent goodness in the old pagan festival, for we reject fertility and embrace barrenness.

As Wright said, to go forward, we must repent — literally, turn around. The way, to quote Lewis, is “descending the ladder of humility” (380). Will we?