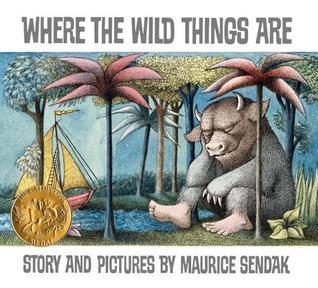 Maurice Sendak, who just died, doesn’t seem, at first glance, to have much to teach Christians. After all, he was an atheist with a cynical outlook and a foul mouth. But underneath all of that, I think, Sendak saw something of the fallen glory of the universe we followers of Jesus sometimes ignore. […]

The kind of story Sendak intuited is part of a larger fabric, the knowledge that the wildness both out there and in here needs to be governed. The wildness needs to be reined in, and reigned in. We need a king, and we need to be part of a kingdom. After all, Max only gains power over his “wild things” when he gains self-control, control that comes with his being named “king of all of the wild things.”

I don’t know what happened in Sendak’s life in those moments before death. But I hope maybe, just maybe, he found that One who alone was able to do what Sendak imagined for that little boy in his story: to look wildness right in the eye, and to become king over it with a word. The Word came into the world, and the wildness did not overcome it. […]

Maurice Sendak plumbed our ancient problem. I can only hope that, somewhere in those final moments, he saw the demon-crushing cross of Jesus. I hope he saw the one who went out beyond the gates of Jerusalem, to where the wild things are, and became king of all the wild things, forever.

Like many in my generation, I remember curling up and having Where the Wild Things Are read to me as a child. I too hope Sendak came to know the true King of the wild things.